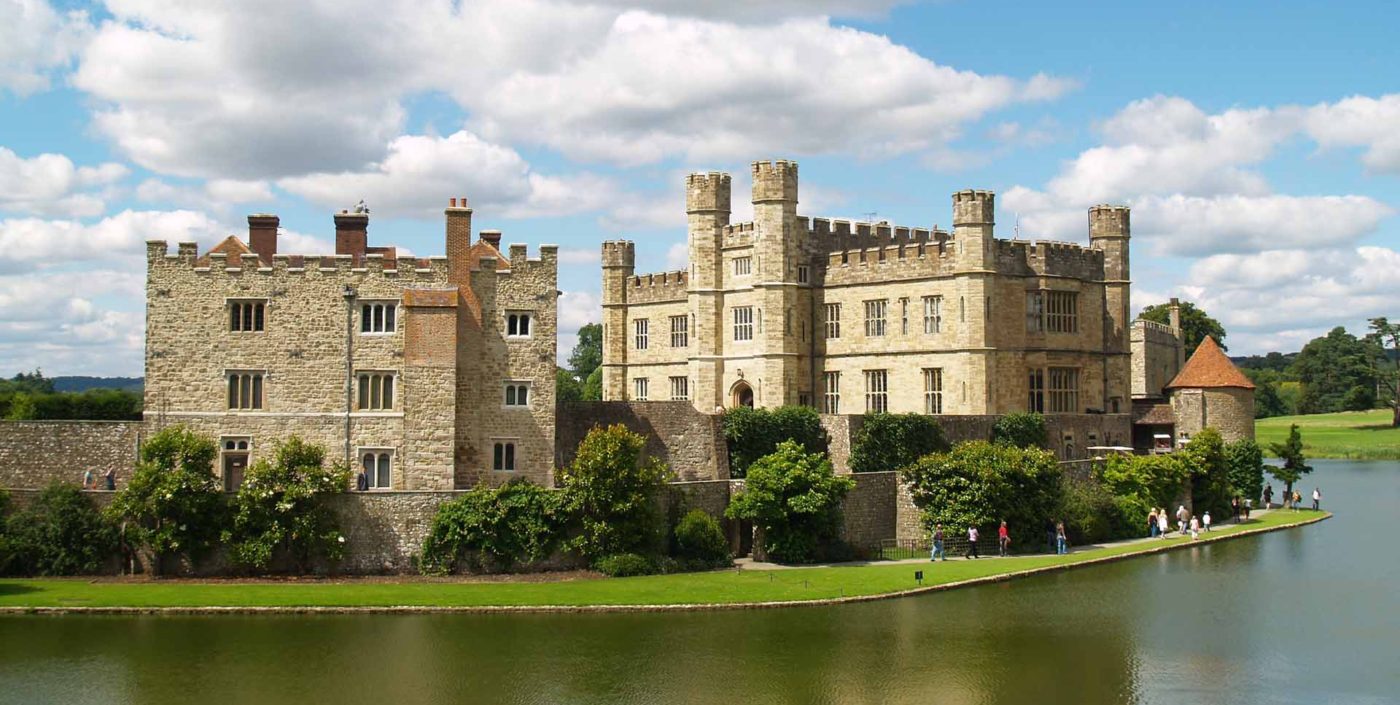 Set deep in the Kent countryside, surrounded by its own moat and 500 acres of manicured gardens and parkland, is a venue so romantic, it could have been plucked straight from a fairytale. With 900 years of history and home to royalty, dignitary and aristocracy, Leeds Castle is an idyllic setting for the most magical day of your life…and we were invited to stay!

Last week, Team ‘Weddings by Diana Collins’, were more than thrilled to spend a day at “the loveliest castle in the world,” soaking in all its elegance and charm. Built in the 11th Century as a Norman stronghold, it is the only British castle not built for defence purposes. It’s first royal resident was King Edward I’s Queen, Eleanor of Castile and was eventually passed down to Henry VIII who gave it to his first wife, Catherine of Aragon. The castle’s last owner was Anglo-American Olive, Lady Baillie, who became notorious for her roaring weekend parties and whose impeccable sense of style can be seen throughout the castle’s interiors.

We began our day with a wander around the gardens. Perfectly quaffed they make a wonderful place for photos. Then we walked alongside ‘The Great Water,’ where we cooed over ducklings and the castle’s famous black swans sunbathing on the banks.

We were then shown the Maiden’s Tower, a stunning 16th Century building, now an exclusive hire venue for weddings, civil ceremonies and other special occasions. It has two period function rooms, and five en-suite bedrooms, but it’s the private garden that really steals the show. With views of the castle and beautiful grounds, the garden is a flexible space ideal for drinks receptions, evening dancing or even the wedding breakfast. 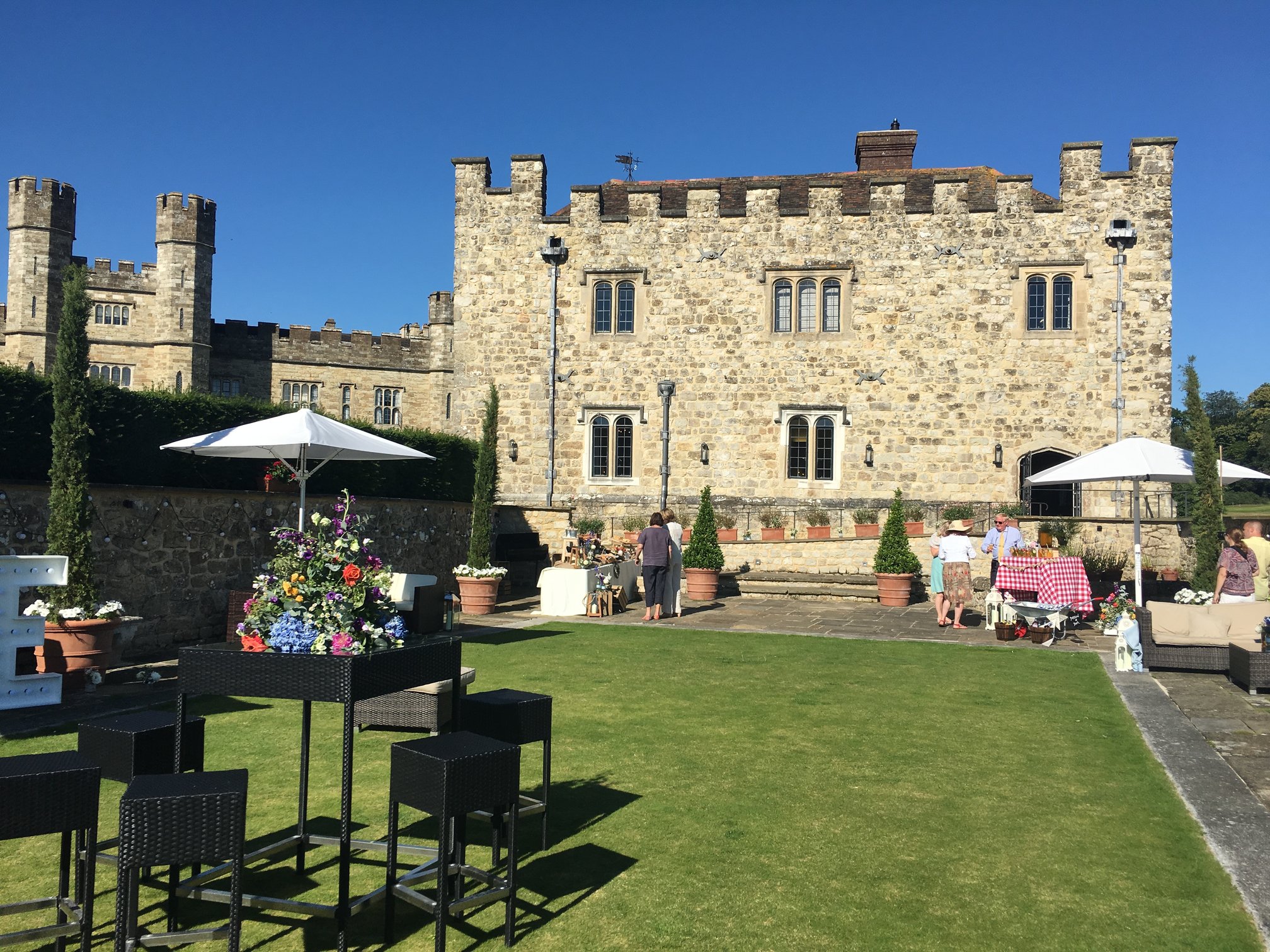 Steeped in history, with interiors to match, the castle’s state rooms are ideal for every stage of a wedding. Ceremonies are held in the beautiful Ceremony Room, drinks receptions in the Library or Croquet Lawn and the wedding breakfast in the Henry VIII Banqueting Hall. All rooms overlook the moat and castle grounds. Like the Maiden’s Tower, period state bedrooms are available for overnight accommodation; previous guests include Pavarotti.

We finished our day sampling delicious food by the castle’s on-site caterers (they have an award winning florist too). Sat on the terrace of the Fairfax Hall (also available for wedding receptions) overlooking the castle as the summer sun set, with a glass of local sparkling wine, bliss.

After a dreamy day, we were buzzing with excitement and keen to find a couple who love Leeds Castle as much as we do so we can start planning a wedding there. It’s breath-taking grounds, flexible venues and attentive staff members guarantee a very special day. Because Leeds Castle is a truly magical venue. 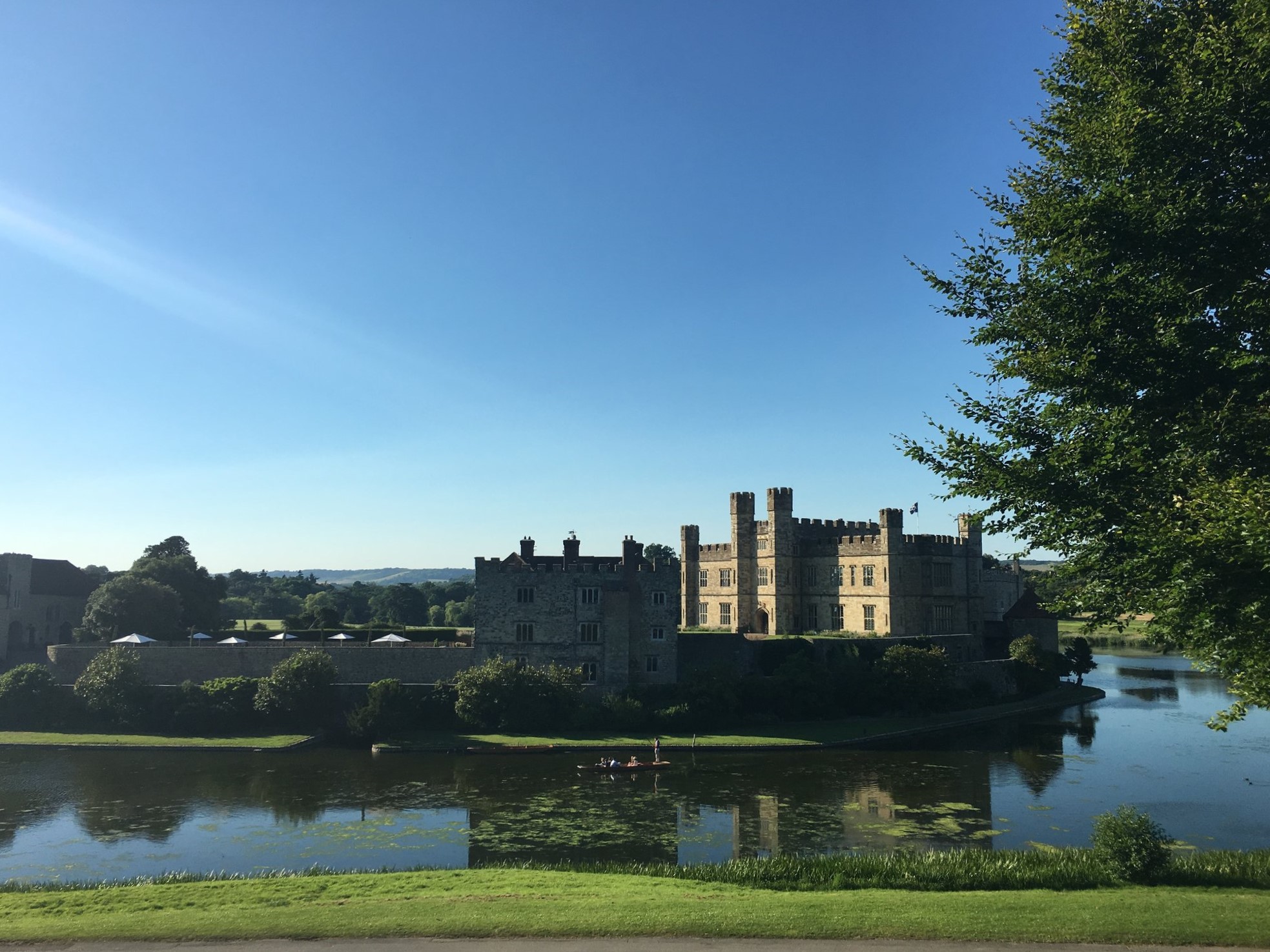